You are here: HomenextPeoplenextOrganisationsnextSportsnextWickford Cricket Club, 1934.

Early in 2016, Mrs Beryl Young brought into a Memory Desk of the Community Archive a foolscap binder, described as a ‘Brampton’s Patent Instantaneous Binder’(cost 1/9).  The binder has a strong, rigid cardboard outside, covered with a maroon fabric. Inside is a report of a Wickford Cricket Club tour that took place in June 1934.

The report was beautifully handwritten, in ink, over 22 pages, and has 3 pages of photographs. It was written by Beryl’s grandfather, Frank Wallace, who was the manager of the tour. 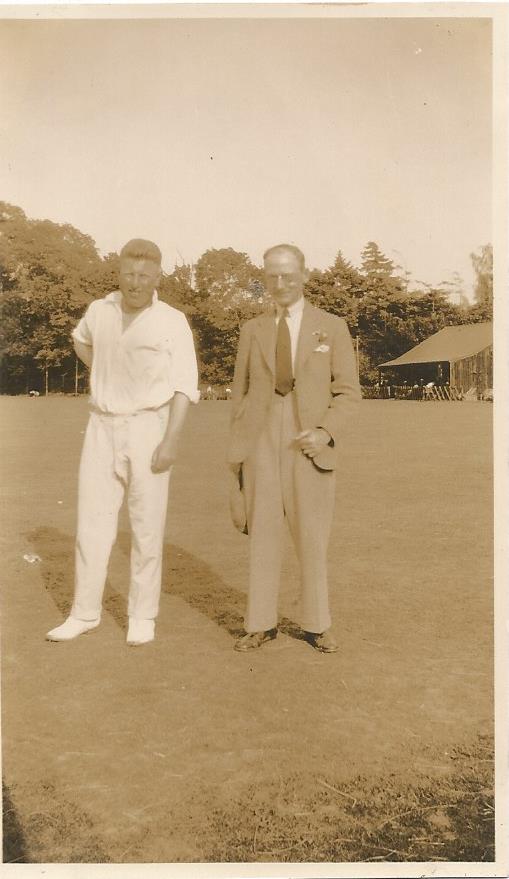 The opening part of the report is reproduced here.

Members of the touring party:-

The touring party left the ‘White Swan Hotel’ Wickford about 8 o’clock Monday morning June 18th 1934 in glorious weather, picked up Cawthorne along the London road and Mumford at his house. We then proceeded on our way to Blackwall Tunnel where we found Lallin and Bryant waiting for us. The journey through the tunnel was not a pleasant one. When we emerged at the south side most of us felt partly gassed.”

(The journey continued to Horley for the first match and the report continues with descriptions of the matches on the following days). 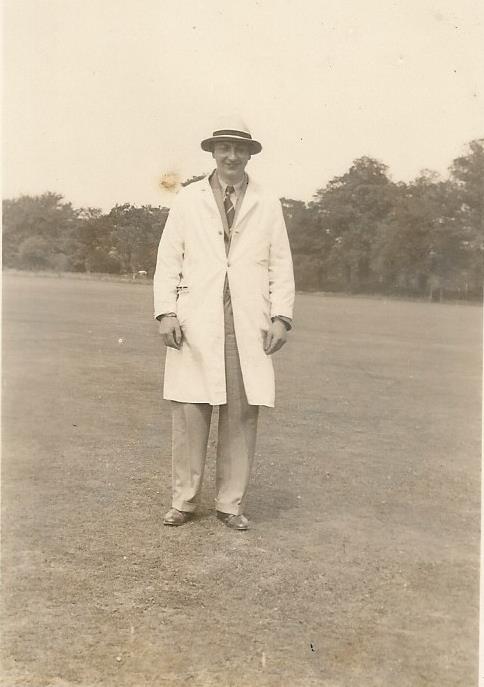 Skipper Mapleson as umpire at Horley. 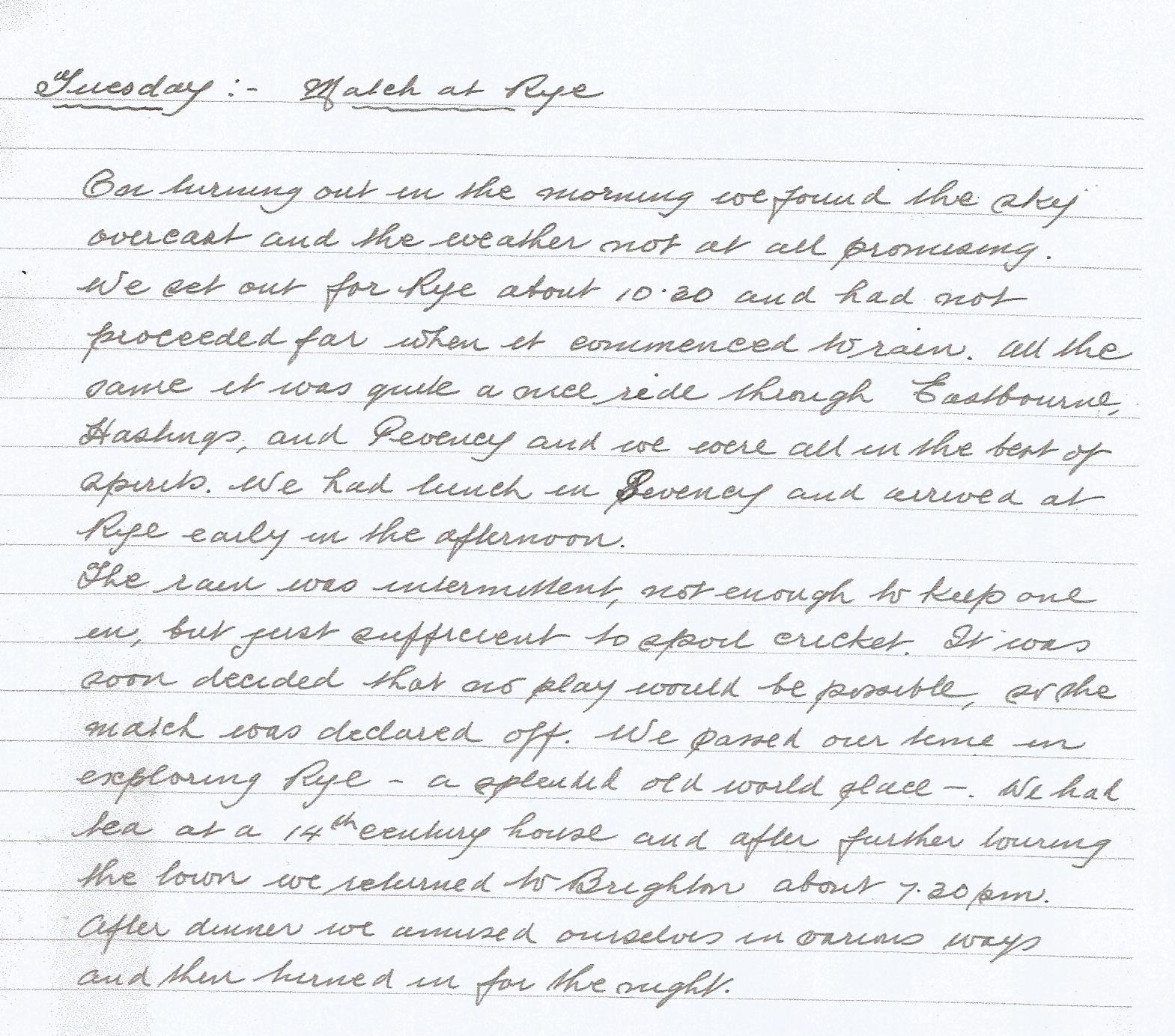 Written report on the match at Rye 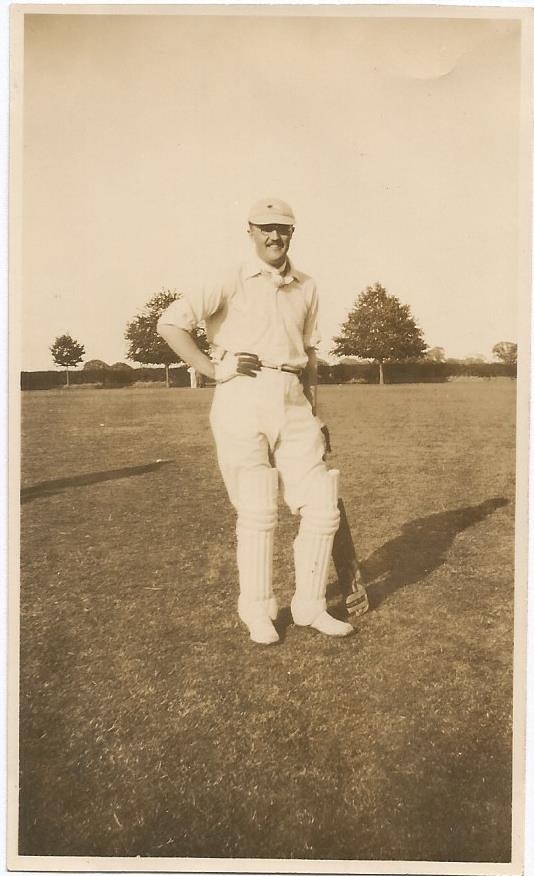 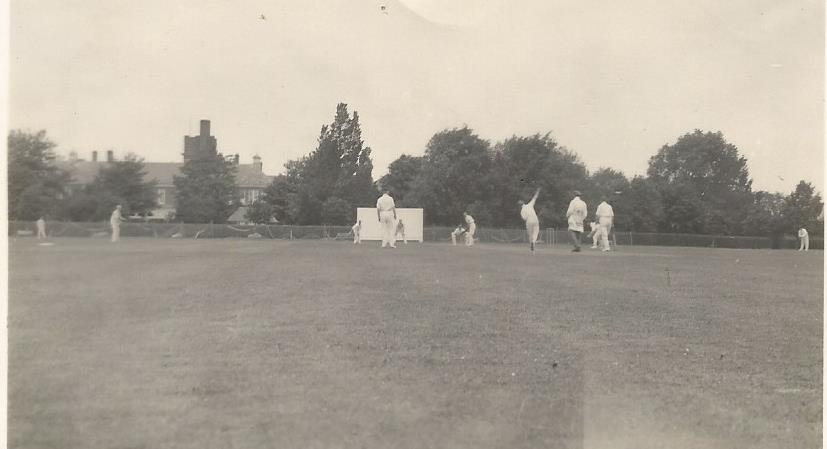 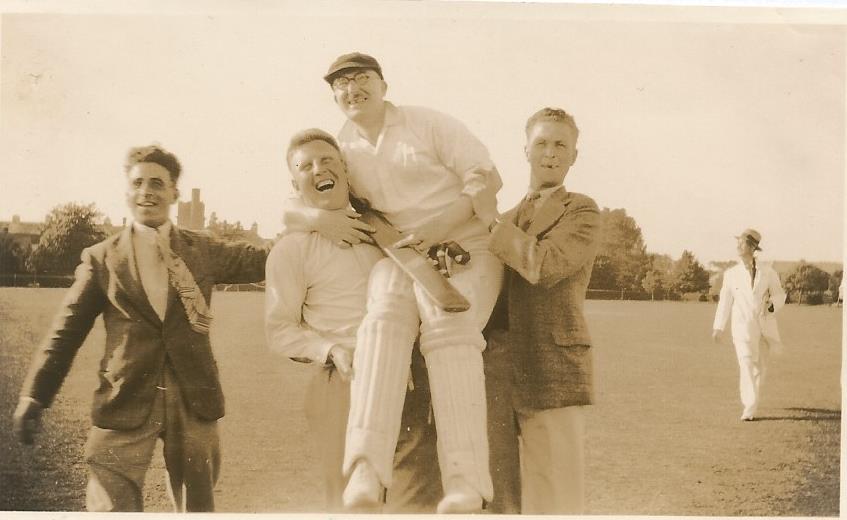 Jefferies shouldered back to the pavilion after our great win at Graylingwell. From the left: Kershaw, Kelley, Jefferies, Tricker, Bryant (umpire).

The last match was on the Sunday.

“We packed up and left our hotel about 11am and journeyed to Wisborough Green to play the local club”. 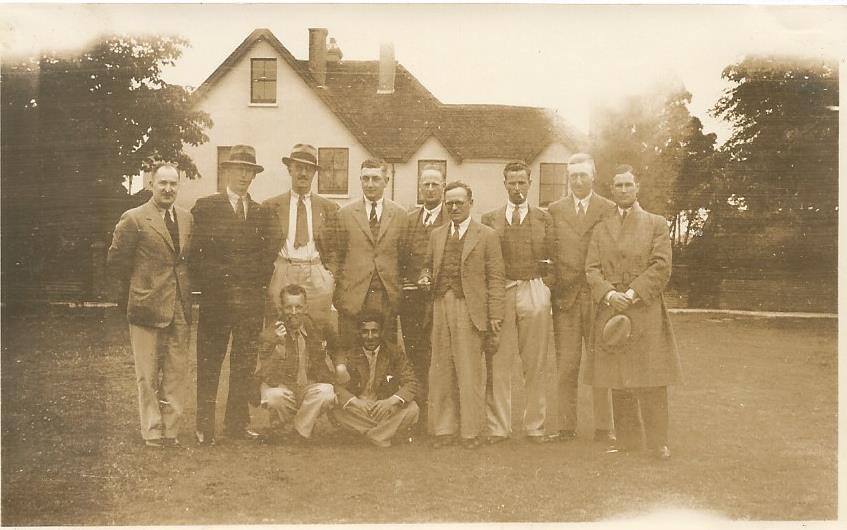 “We played the match on the village green without sighting screens.  It was none too easy for the batsmen as there was a constant stream of motor traffic along the road which ran past the green at one end of the pitch and the batsmen often lost sight of the ball.

Skipper Mapleson won the toss and as the wicket was on the soft side he decided to put our opponents in first. At first it looked like a wise move as 5 of their wickets were down for only 17 runs. This however was the end of our good fortune as they eventually ran up the respectable score of 171 runs.

Wickford could only respond with 31 runs. We were however handicapped by Cawthorne being unwell and unable to play, and to make matters worse Tricker pulled a thigh muscle in his first over and could do no more bowling and very little batting. Still we had a pleasant time and left at 6.30 for home and we arrived at Wickford soon after 11pm.

So ended a most successful and happy tour”.

(There follows a ‘Résumé’, an amusing, 14 page “brief narrative of the principle incidents that happened on the tour as they appeared to the writer, and though they are literally correct a little indulgence and latitude is asked for in describing them”.)