You are here: HomenextPlacesnextShotgatenextMemories of 'Chilton' 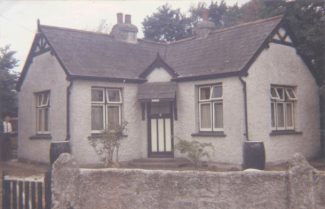 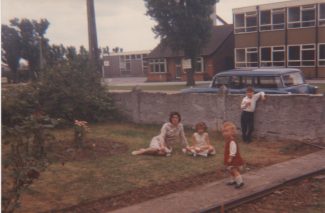 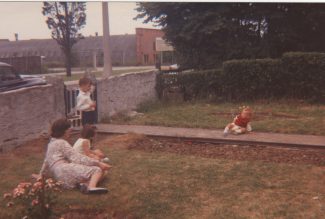 I spent two periods of my life in Russell Gardens. The first time was when I was 4 years old in 1958. (I just about remember the floods in the town). My Dad, Arthur Adams (known as “Buck” to everyone), worked as a printer at Keil Kraft. Ron and Eddie Keil often came into our bungalow which was named “Chilton”. I also remember a Mr Hill, an old man who lived in one of the first houses in Russell Gardens. I moved away after 18 months or so, but returned to live with my dad 10 years later in 1969. My first job was at Keymarkets store in Wickford, then I managed to get a job at Poulton, Selfe and Lee in Russell Gardens, which was more or less just across the road from “Chilton”. I lasted about 2 weeks there! I was useless at glass-blowing! My final job before leaving Wickford was at Cranfield Kennels in Cranfield Park Road which was a short walk across the level crossing (at the bend by Wick Lane), and across fields, which I believe is now a rather larger housing estate. I returned to the Midlands where I was originally from, but my Dad and sister are both buried in Wickford Cemetery. I’ve been back a couple of times over the many years since I left in 1970. It has changed so much, I hardly recognised the old place. In fact I ended up getting totally lost. I see that Keil Kraft has long since gone, along with “Chilton”, my Dad’s cottage/bungalow. I have written my autobiography (as I spent most of my childhood in care), and Wickford in 1959/60 features a lot.

Further to above These were taken almost certainly in 1969 – 1970. The young child in red is my niece, Sonia Stevens. I can’t remember who the lady sitting on the grass with her two children, was. I believe she was a friend of my late sister (Sonia’s mum). In the main picture of the bungalow “Chilton”, my Dad can be seen to the far left. His full name was Frederick Arthur Adams (AKA “Buck”), who worked at Keil Kraft. He was born in Coventry in 1917 and moved to Russell Gardens, Wickford about 1956. He died there in 1971.