You are here: HomenextPlacesnextIn and around Wickford and RunwellnextMadge Viscardini's Memories of the Downham area (Circa 1930), Part 1

Madge Viscardini's Memories of the Downham area (Circa 1930), Part 1 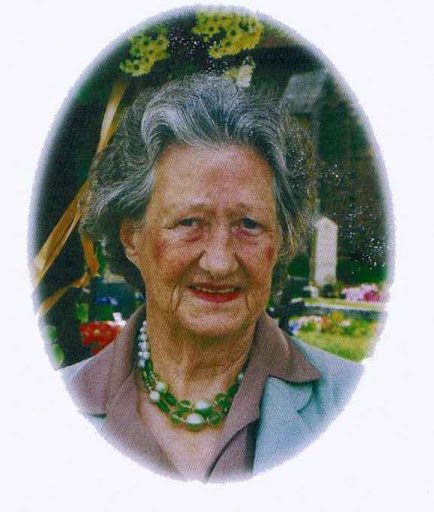 I wondered if some people might be interested in a few memories of Downham, Ramsden and Wickford in earlier years.

I hope that it is appreciated that my memory may not now be as good as some of my peers (was it ever?!!).  Since starting this ever expanding trilogy, several people have read it and added small amounts to it, which naturally means that I cannot entirely vouch for the accuracy of them – nor memory either.

I was born in Cox Green Cottage, (now ‘Como’) in Church Road, Ramsden Heath.  One of my earliest memories is of my mother and her sisters coming home from a fete and bringing ice cream (the first I had ever had).  I have since wondered if this was the first ice cream in the village as everyone seemed to look on this as a big event. 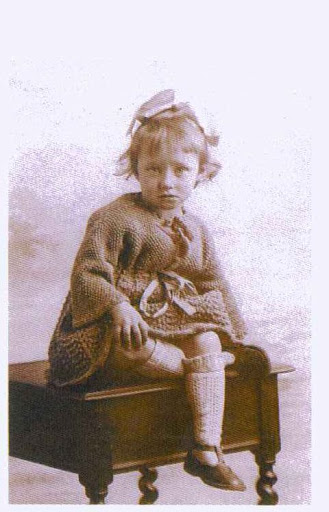 Madge as a child

One of the first fetes which I remember was held at ‘Kites’ (still known locally as such), by the kind permission of the three Miss Browns.  ‘Kites’ I understand was the earlier Rectory and rumoured to have a tunnel connecting it to Downham Church.  ‘Kites’ was burned down later when at that time (mid-sixties) I was living in Oak Road, right in line with it just across the field. Cox Green Cottage was a few doors from the present Primary School and at that time there was a coach house in front of the cottage.  Below that there was an apple orchard which my grandfather managed for 30 years, which, after sheds for grading and packing apples ran right down to where the School now is and in the other direction behind Cox Green and Cox Green Cottage to the top of the hill at Ramsden Bellhouse.  Here I should make mention of my grandfather’s jug of cold tea always to hand, and of his listening to his crystal set and asking for quiet while a naughty little grandchild used to say “noise, noise, noise”.  I remember the two lady travellers who used to call at separate times, one a buxom red-faced lady, Mrs Bibby and the other a little wizened leathery-faced Mrs Buckley.  Both were welcomed in for refreshments and a chat whilst showing us their wares, which they brought in large cases.  Unfortunately I have no recollection of how they were transported there.  Opposite the same cottage was a small copse known as ‘the moat’, with a pond and hazelnut trees.  This is now covered with houses (Moat Close and Manor Close).  Along from the cottage there were no buildings whatsoever on that side of the road until you came to Dovedale Farm, opposite the White Horse – in fact you could see to the butcher’s on the Main Road.

Across the fields opposite Cox Green Cottage, leaving the Moat on your right and going towards the railway line, was a 1914 searchlight base and in the same field a large range of rabbit warrens, which always called to mind ‘Alice in Wonderland’ as a child.

Going from the White Horse towards Billericay, on the left just before you reached Barn Farm was the Ramsden School, which I attended during my first school year.  For many years now it has been a house called, I believe, Eton and Harrow! (Sorry, I am behind the times – this has also now gone).  Further along, nearly opposite Barn Farm on the corner of Mill Lane, was Mr Hall’s scrap yard.  Going to school in that first year at Ramsden Heath, the only houses in Short Lane were the older Council houses on the south side of the road and opposite was a huge field completely bare of any buildings.  Being late for school one day, I took a short cut diagonally across the field to come out well up Park Lane.  On reaching a five bar gate at the other end, I think I must have been too small to climb it so I tried to get through the wider bars at the top.  I am not sure how I managed it but I do remember the teacher asking me why I was late and apparently I replied that “I got caught up in a cobweb”.  This large field has been covered in houses now for years, i.e. Brabner Gardens, etc. 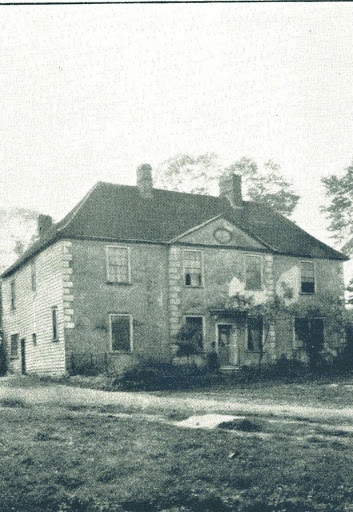 Mr Souden’s shop started in part of their old house, which was down the lane beside the present shop.  Mrs Souden herself was something of a character being a tiny, dark person, called “Tots”by some.  If you needed to buy something that was high up, she would in all likelihood tell you “to xxxxxx well get up there and get it yourself”.  Her father (Mr Knapper) was one of the postmen and also rang the bells at St John’s in Ramsden Heath.  I recently reminded Mrs Sainsbury that she was my first Sunday School teacher there.  Our coal merchant, Mr Mayell, had his yard between the garage and where Woods Coaches now are, and just before the said coal yard was the Peculiar People’s Chapel.  In the row of very old cottages (now gone) between the butcher’s and the garage, I call to mind the Clarks, the Bensons and the Borehams lived.  A little further on lived Mr Bass who made beautifully iced wedding cakes at the bakery.  He’d lived in Ramsden Heath for as long as I can remember and made cakes at the shop on the right just inside Dowsetts Lane which was then a post office and bakery run in my childhood by the Patten family who also owned the grocer’s opposite and the butchers which is still there today.  Coming up Dowsetts Lane from Ramsden Heath, opposite White Lilleys Farm to go to Stock there were some very old farm cottages on the right a little way along and no one would ever know to look at that area today.  Where the housing estate now is inDowsetts Lane was the farm known locally as Birds Farm.  Mr Miles the cobbler lived nearly opposite here.

My mother told me that the first school in Downham was in a “lean to” built on the side of where Mr & Mrs Elvin now live, which is nearly opposite Downham Village Hall.  The first teacher was Mr Mason’s second wife.  Mr Mason, a lay reader, lived at the Croft which was then a large market garden nursery, mainly for cucumbers, tomatoes and chrysanthemums, and I remember a Mrs Attridge from Billericay collecting the latter in her pony and trap.  The greenhouses alone covered several acres; the bottom greenhouses stood where the Ramsden Heath Sports Centre now is, the other greenhouses being on the other side of the “Croft” dwelling, has remains of which I believe are still there plus a well underneath a stone slab.  There was a large pond at the Ramsden Heath end of the nursery close to the road, and there was also a ditch or small stream bisecting the property. There was also a similar nursery opposite the pond in Downham, although this was rather earlier I believe than 1927. 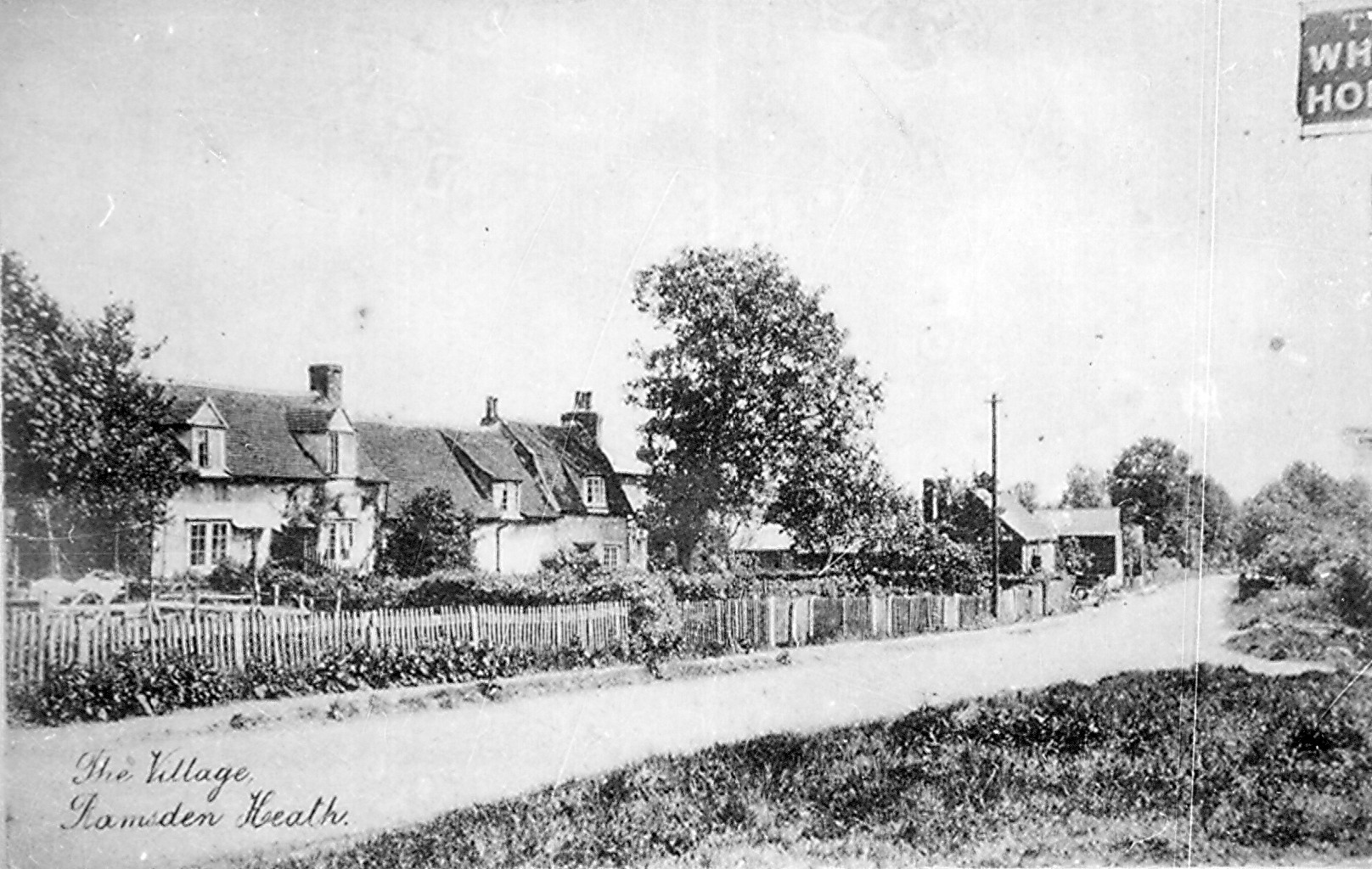 While in the area near Oak Road (Joes Lane) the following might also be of interest.  Mrs Gentry, who at one time lived in Oak Road, told me that her daughter had either got, or had seen an old map of the area, and that map gave this road as a main road to Wickford.  She said that being a ditch on both sides of the lane was also an indication of a proper road.