You are here: HomenextPlacesnextIn and around Wickford and RunwellnextMadge Viscardini's Memories of the Downham area (Circa 1930), Part 3

Madge Viscardini's Memories of the Downham area (Circa 1930), Part 3 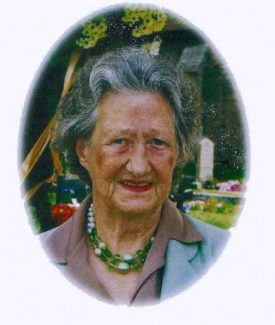 A few memories of Wickford.  There was Mr Jephson, the harness and saddle maker, and who was uncle to Mr Souden, the Willow Pattern Tea Rooms and Prentice’s the cycle shop (now in London Road) and then in the High Street, as at that time also was Dr Campbell’s (that is now on the corner of Nevenden Road) and the dentist Mr Cockram who later moved to Southend Road, and Dr Frew’s which made way for Lady Gate.  Suttons started in a private house that you had to go up steps to enter.  There was a sweet shop opposite what is now the Junior School (Senior School at that time) in Market Road, where the clinic now stands.  On the site which is now Spencers Court was the old Spencer Nurseries.  The Post Office was opposite the solicitors in the Broadway and it was incorporated with a grocers and greengrocers the owner of which, Pardys, also owned the bakers next door.  Roughly where Willowdale now is, going towards the High Street, were the pens for animals taken to market, and carrying on towards the railway line was where the original market was.  The best cafe/restaurant at that time was situated at the corner of the Broadway where Silver Knight now is and Darby’s, the large engineering works, was a little way past the Swan towards Runwell.  I must not forget to mention the cinema during the latter part of this time which was where Woolworths is today.  Does anyone remember hearing the radio ham (call sign 2 don Q) who always had his own radio room, and who later had an electrical shop (Collins) in the High Street which later became Stanwoods then Rumbelows, and is now a charity shop?  He was in fact my uncle and he lived in a little old cottage along the London Road at first and when the birth of my sister was imminent my father was suspected of having Scarlet Fever, so my mother went to stay with my uncle and his family which is where they had the baby.  The first my father heard of his new daughter was over the air waves, when the Downham district nurse (Baldry) joked, and suggested pinching the baby so he could hear it. There was a little shop nearly opposite the railway station belonging I understand to Alvin Stardust’s family.

Finally a few comments about this area during the war.  During the war we had troops stationed at what is now Ramsden Hall School, Downham Village Hall and Downham House, where you were sometimes stopped and asked for I.D. cards and also at Downham Grange which belonged to Mr & Mrs Keddie, who are part of the family firm that owned the store in Southend.  Mr & Mrs Keddie lost all 3 of their sons in the war years and in memory of them the ring of 3 bells at Downham Church were re-cast into 6.  Other troops were in a flat next door to Mr Padwick (the gardener for the Grange) and also in a barn there, where previously Mr Padwick had started the first Scout Group, helped later by Mr Norman Symonds.  The troops also had a canteen at Blue House Farm, which I and others helped with on occasions, serving teas, sandwiches etc., and I remember Mrs Prebble drying elderberries to use as currants in the cakes.  Does anyone remember the land mine that dropped somewhere in a line between Kites and Cox Green (possibly in the field behind Chase Autos)?  At the time I was walking home from a dance at Ramsden Bellhouse, past the Croft Nursery when it fell.  The impression I got was of being pushed one way and then pulled the other while there was a rattle of pieces through the trees.  Another time I was watering lettuce in the greenhouse at the Croft when something dropped and some glass came in.  During this period at home in Crows Heath Lane, when things were extra lively, we used to sleep down the greenhouse boiler pit (stoke hole).  In fact many years later my son noticed that the loft in the house was still “insulated” with a thin layer of concrete and chicken wire, apparently to stop incendiary devices penetrating the main building.  However others must have had far worse experiences than these.

Others of my age group who have lived here, perhaps the majority of their lives, may also have memories that the above may have jogged. Why not share them with us