You are here: HomenextPeoplenextPersonal MemoriesnextThree Wickford Men and a Boat

Three Wickford Men and a Boat 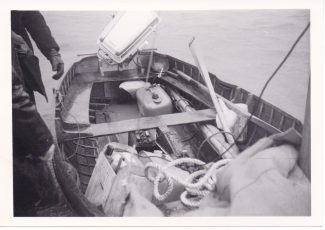 zoom
The boat used for the journey
Geoff Fairey 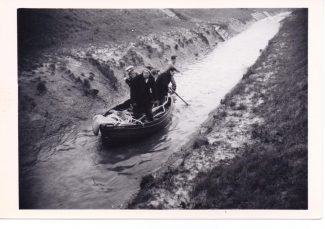 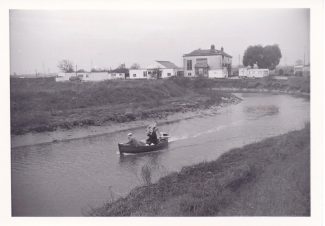 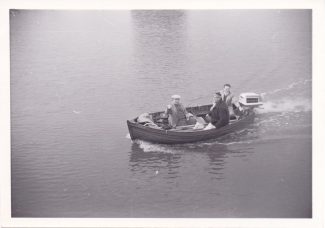 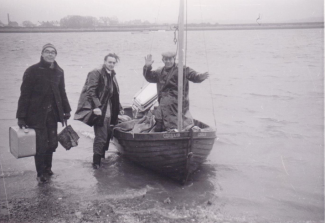 My dad, Alf Fairey, and Silva Carter were very close friends for most of their lives, Silva was born in Wickford and my dad’s family moved to Wickford just after the First World War. In those days, of course, the residents of Wickford knew each other. Silva and dad both played football for Wickford and later, during the Second World War, they both served in the Wickford Fire Service.

After the war, 1946 or 1947, they both built their own caravans to put them on a site at Stone, on the shore of the River Blackwater, and it was there that our families would spend the summer weekends. (The weekend in those days was after work on a Saturday through to the Sunday evening.) Very soon various boats of all shapes and sizes were bought by them and other caravan neighbours and they were able to enjoy messing about on the river. I should add, even from personal experiences, that the River Blackwater didn’t get its name from the colour of the water!

Coming forward to the Wickford floods of September, 1958, I have already told of my own recollections and the relationship I had with Roy Carter, Silva’s eldest son and the owner of the DUKW at the time. Immediately following the flood fingers were pointed at everybody and everything that may have caused it, or at least been partly to blame for it. One reason put forward was that the gates at Battlesbridge had remained closed. The other was the state of the river course through Wickford, which was fairly congested with weed and deposited sand, gravel and other rubbish. At the end of the day the Essex River Board decided to carry out major improvements to the river, its banks, its course and the centre channel. This work was completed in, I think, late 1959 or 1960. During that time the headquarters of Carter and Ward and their several associated companies were in Construction House, just short of the gates to the Memorial Park and the river. Silva, Roy and dad were working there together and between them had watched the progress of the work going on in the river. One of them at some time noticed that the river had become tidal, to a very small degree. There has also been a suggestion that small flat fish, from the sea, had been seen. To them it was obvious that the river had been cleared to such an extent that it might be possible to use a boat to get to the sea.

They decided to prove it, and plans were made to launch a small boat at the gates to the Memorial Park that would take them down the river to Burnham, and then round the coast to the River Blackwater and  Stone. They chose to do this on a Saturday in January or February of 1959 or 1960. A strange time perhaps, it was very cold and windy but the flow of the river was quite good. The boat was a clinker built dinghy, about 14 or 15 feet long. It was brought to the river on a lorry and manhandled down the bank into the water. It was fitted with a very large outboard motor, an Evinrude I think. In the boat they placed at least one spare tank of petrol and a two-way radio they had removed from a Karrimix concrete truck mixer which came with its own 12 volt lorry battery – the boat was well loaded! The radio was their only safety equipment. In those days there were no mobile phones and they didn’t consider rockets, flares or life jackets.

They set off at about 9 o’clock. I was there at the time and was able to take photos and then follow them, by car, to various points to wait for them and take more photos. Although they didn’t get to Stone, when they got to Battlesbridge they had proved to themselves that it was possible to get to the sea from Wickford. They gave up at Creeksea, just short of Burnham. The boat being so heavy and low in the water, and against the wind and waves, they had taken on too much water for their own safety.