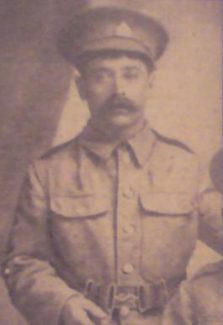 By the time of the 1911 Census, Henry was living on Runwell Road, Wickford, and working as a house painter.

Henry joined the Suffolk Regiment during the First World Ward.  He was killed on 18 August 1916, possibly in an attack on Delville Wood, four months after his brother William was killed.

Henry is listed on the War Memorial in Thiepval, France, as well as in St. Catherine’s Church and Wickford War Memorial.