You are here: HomenextBuildingsnextChurches and their communitiesnextSt. Catherine's Church, Wickford 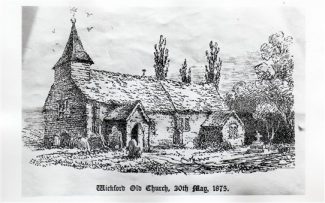 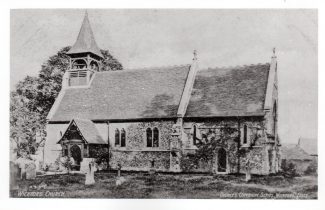 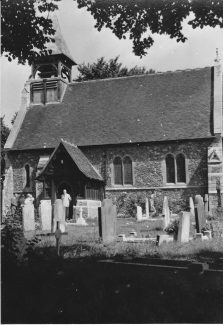 To the casual observer, Wickford seems a modern, dormitory town, satellite to Basildon New Town and ‘overspill’ from London. Even the present St. Catherine’s Church building is little more than a hundred years old.  Yet Wickford and its surroundings are steeped in history.

By the time of the Normam Conquest (1066) Wickford was a well established village.  The Domesday Survey of 1086 mentions Wickford in some detail.

No firm facts, however, emerge about the Church until 1154, when Robert of Essex ‘gave’ the church in Wickford to Prittlewell Priory, which he had recently founded

The earliest known Rector of Wickford is Adam de Stratton, who came from Black Notley in about 1279.

In 1536 Parliament passed an Act suppressing all Monasteries with a revenue of less than £200 a year.  This included Prittlewell Priory, which was largely destroyed.  Tradition has it that the ornate oak roof, or rather ceiling of the refectory was salvaged and carried to Wickford, where is was installed in the Chancel.

St. Catherine’s must have had its share of troubles during the unrest of the 16th and 17th centures.  Rectors during the Reformation (the Protestant movement) and then back to the Roman faith, and finally Protestant, changed their allegiance.  Wickford itself, along with the rest of Essex, was by now strongly Presbyterian and therefore supportive of the Parliamentary Forces and opposed to the King.  Civil War broke out in 1642 and again in 1645.  The Rector, Corneliuis Gray, was apparently taken prisoner because of his Royalist views.

Church life ticked by for the next two centuries with little of  importance occurring.  However by 1874 the Church was faced with pressing problems.  A meeting was called ‘for the purpose of considering what steps should be taken in consequence of the dilapidated state of the Church’.  It was resolved to advertise for tenders of plans and specifications for a new Church.  The architect appointed was Henry Stone of London, whose sympathetic and understanding approach, unlike many Victorian re-buildings, ensured that in the new building future generations could share in the simple beauty of the former structure, by retaining the 15th century design and as many features and fittings as he could.

The church, completed in November 1876, is in the early English style (15th century Gothic), keeping very much to the design of its predecessor, and has altered little over the past century.

The opening of the railway from London to Southend in 1889 brought about a shift of Wickford’s population from the high ground near the Church to the lower ground around the High Street and the river.  In 1901 a ‘Mission Room’ was built in the London Road for the benefit of those living in that area.  It soon became the focal point for the parish’s social activities, including regular whist drives, and evening Services were held there once a month.  From this grew the daughter Church of St. Andrew, which was promoted to the status of full Parish Church in 1980 when the Team Parish of Wickford and Runwell was formed.  The other member of the ‘Team’ is St. Mary’s, Runwell, a fine medieval building of great interest.

Throughout is existence, the story of St. Catherine’s has been one of small country Church serving a village community.  Within the last thirty years, however, this role has changed dramatically and today it ministers a large bustling town.  But the Church and Churchyard still seem to retain an atmosphere of the rural heritage of Wickford’s past.

Extract from 'History and Guide of St. Catherine's Church, Wickford' by David Prance and Lesley Feldwick. Revised by John Knowles (2000)