Wanted: History of "The Swan" 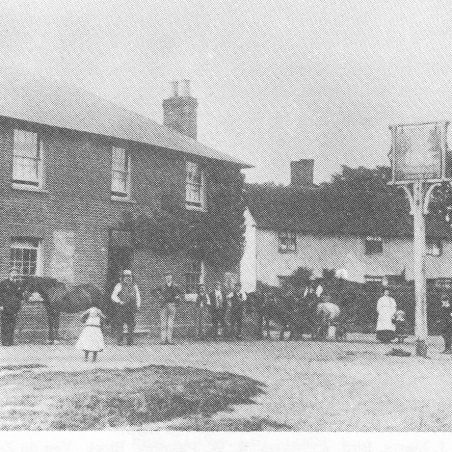 Edward Cox is standing outside his pub c 1890. 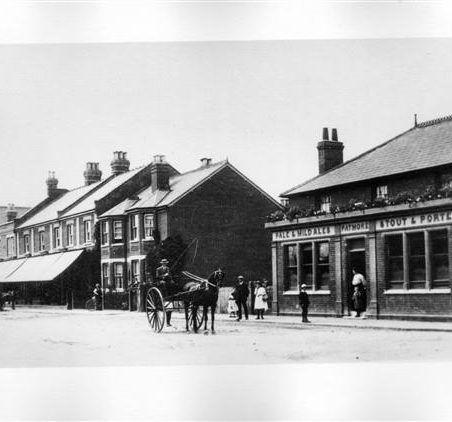 This extention was put on the front using some of the land called The Green c1899. Richard patmore used to hire out horses and traps and wagonettes 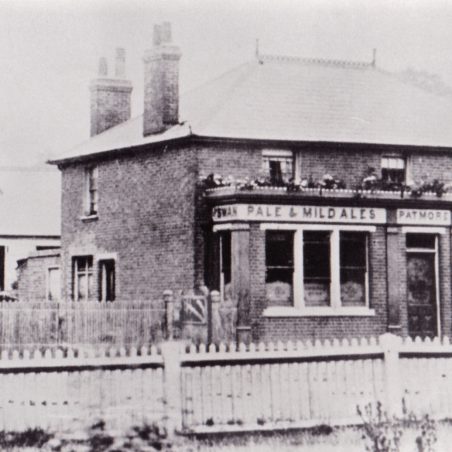 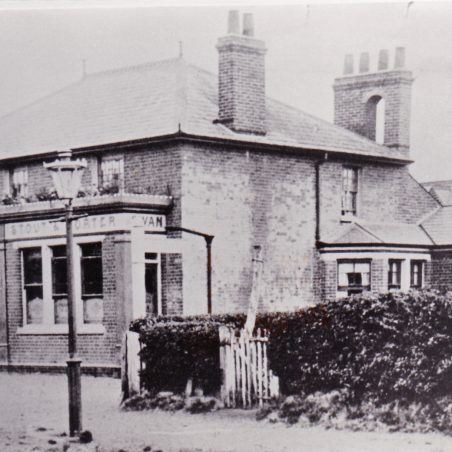 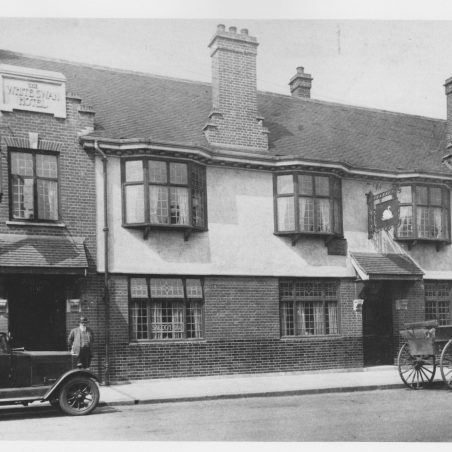 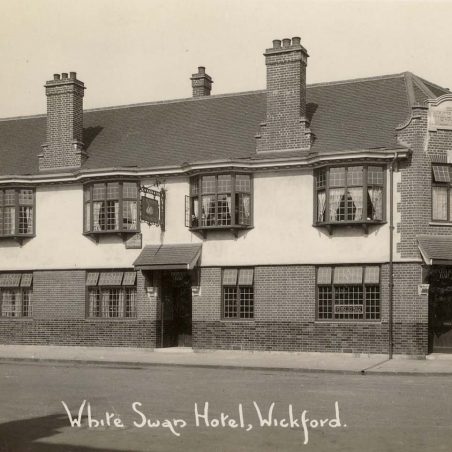 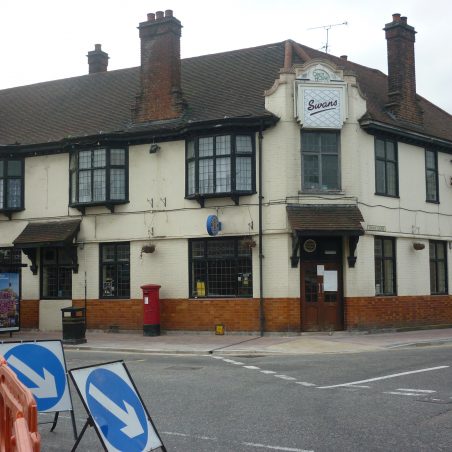 The Swan 2010 before refurbishment
Jo Cullen 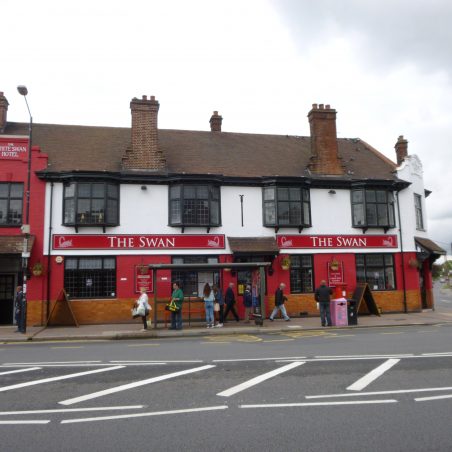 The Swan from the front refurbished 2014
Jo Cullen 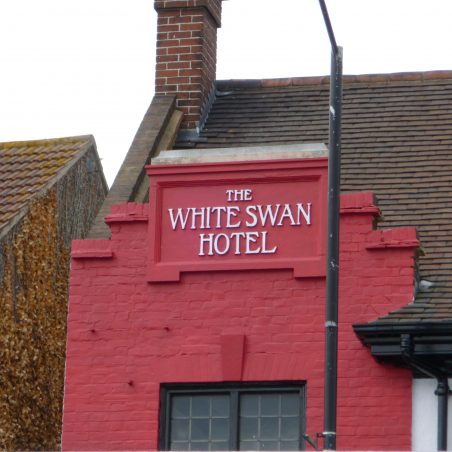 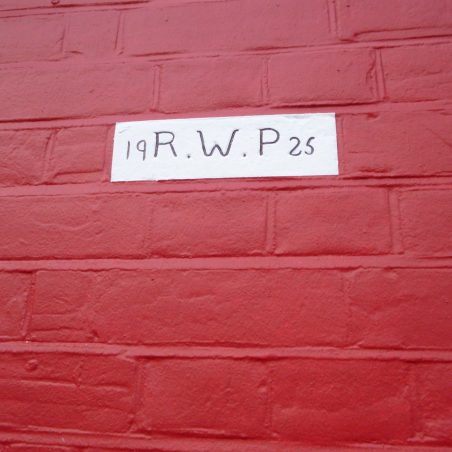 The Bricks on the front of the Swan pub 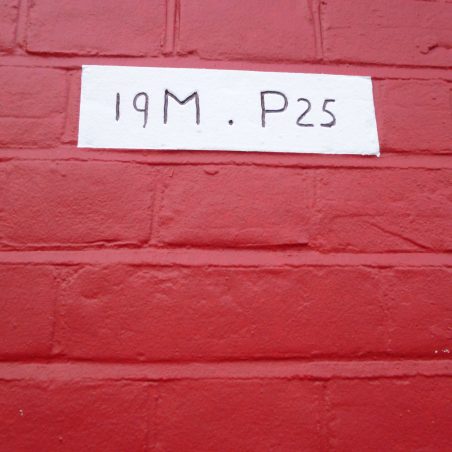 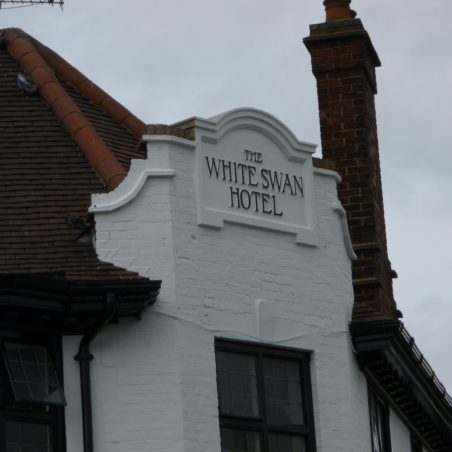 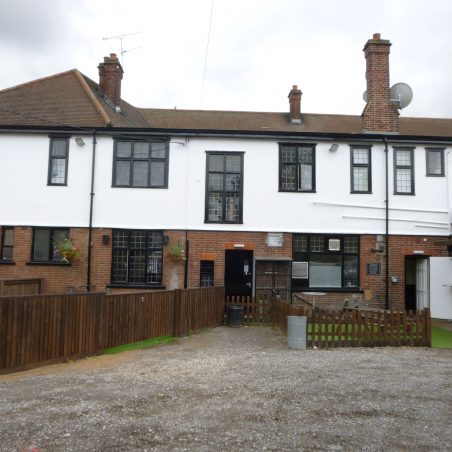 Back view of the Swan
Jo Cullen 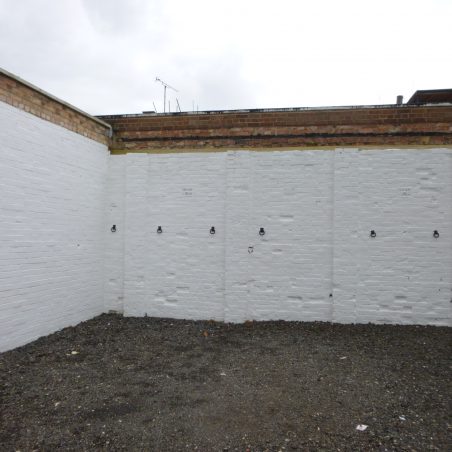 Tony Ward came along to our memory desk in Wickford Library today. He came bearing gifts (see article “History Found at Boot Sale”). He is the proprietor of ‘The Swan’. He has recently been refurbishing the exterior of the pub and has found some interesting features that have sparked his interest in the history of the pub. When painting the brickwork at the front he discovered two bricks with initials and the date 1925.  Originally they had been almost invisible as they were just red brick like all the others. He has now had them painted white and the writing is very clear (see below).   He has discovered they are the initials of one of the previous owners Richard Weston Patmore and his wife Mary. In 1925 the pub was refurbished or rebuilt. It certainly became a bigger building, extending over the garden on the corner of Swan Lane. Tony has found a photograph in “Wickford Memories”, by Maurice Wakeham, which shows the original building with stables to the left and garden to the right. (Maurice has given me permission to add them to the site.) When clearing the area behind the pub Tony discovered a row of rings set into the wall and when he looked in the outhouse, which shares the continuation of the same wall, more of these rings were fixed to the wall inside. One of his customers had told him he thought it was where they tied up cattle waiting to visit the abattoir next door. Has anyone any information about this?

Looking at the now clean and tidy frontage you can see he has revealed the original name plaque high above the corner entrance.